Population Booms Are Driving Up Home Values In These Cities

Population Booms Are Driving Up Home Values In These Cities

For the past three decades, Americans have taken author Horace Greeley’s famous words to heart.

Americans have migrated inland and purchased homes, causing cities in the southern and western United States to swell — some more than quadrupling in population during that time span.

Those new residents transformed their host cities, helping to fuel economic surges, build new swaths of development and fundamentally change the housing markets there. They drove down available inventory and drove up demand for new housing, all while the national homeownership rate climbed from 65.5% in 1980 to 68.9% at its peak in 2005.

This is a look at how rapid population growth has affected housing markets in the last three decades in some of our market cities. We also included timelapse images, culled from Google Earth and the USGS’s archive of historical aerial photography.

Nowhere is rapid urban growth’s effect on housing markets more visible than in the Texas capital.

It also boosted median home values from $73,000 in 1990 (about $130,000 in today’s dollars) to $222,400 in 2013. Despite a pair of recessions in that span, including one that decimated the national housing market, the Austin-Round Rock area’s inflation-adjusted median home value almost doubled.

That’s great news for early investors and even better news for home builders.

New Austinites eagerly built homes. The city’s recorded housing starts jumped from 21,512 in the first five years of the ‘90s to 43,784 in 2000-2004. Austin then had 61,903 more housing starts to close out the decade, all in the midst of the worst economic downturn since the great depression.

But it wasn’t all good news in America’s Live Music Capital. The population boom made for some pretty nasty traffic.

Austin’s traffic now rates among the worst in the country. Drivers spend an average of 43 hours a year trapped in gridlock, up from the 17 hours they experienced in 1985.

Over-building, over-speculation and the Savings and Loan crisis did a number on the local economy in the mid-to-late 1980s.

However, the resilient Dallas-Ft. Worth Metroplex grew from 1.9 million residents in 1980 to 6.4 million today, thanks largely to a robust telecom sector.

Available housing followed that trend. From 14.7 months inventory in 1989 to 5.8 in 2005, the increased demand no doubt pushed median home values higher.

Like its home values, Dallas’ housing inventory dipped towards the end of the decade, but it rallied back to 2.7 months in 2013.

Violent crime in Dallas also surged to start the 90s but fell to close out the decade. 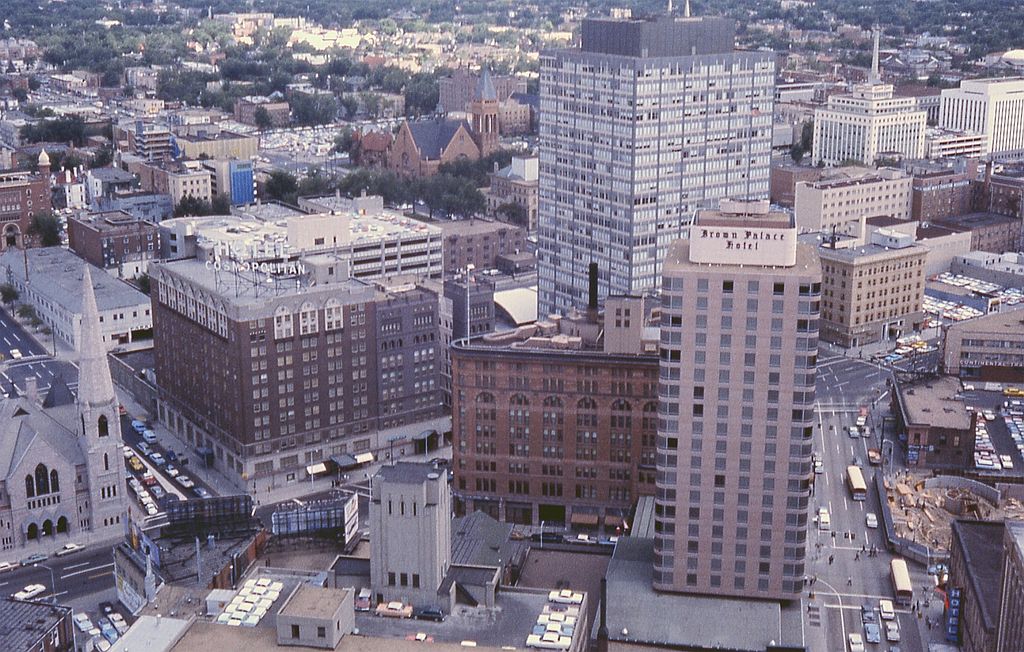 When one of a city’s main attractions is its proximity to unspoiled wilderness, growth can be seen as a mixed blessing.

In fact, in the late 1990s, Colorado residents rated growth as the state’s No. 1 problem.

What happened? The Denver area saw a combination of events in the 1980s and 1990s, which caused a mass departure and then an influx of new growth, spoiling some residents’ reaches to the great outdoors.

Heading into the 1980s, Denver had been overbuilt. That combined with the 1979 energy crisis to cause a decade-long spike in unemployment and vacancies in the city.

And they took off quickly. Denver saw 30.7% growth over the following decade, substantially outpacing the national gain of 13.2%, leading to its population of 2.5 million today.

Following the recent economic downturn, Denver’s housing market has just begun to rally, but it is rallying quickly. Average house value is at an all-time high of $342,225 and average month-end inventory is at its lowest point in more than 20 years.

San Antonio from 1986-present. The Stone Oak neighborhood is pictured,
with US 281 left and Loop 1604 bottom left.

The Alamo City’s population doubled from 1980 to 2010, but it didn’t see as dramatic transformations to its local housing market as some other cities.

Instead, it has been a story of steady, conservative growth.

The city’s primary industries are military and medical, which both grew throughout the last three decades but didn’t experience the rapid ups-and-downs of cities based around industries like manufacturing, telecom, banking and petroleum.

In fact, the downturn is when the city’s housing market grew the quickest.

The most dramatic change in San Antonio’s housing market was in available inventory. The Alamo City began 1989 stagnant, with 19.2 months inventory on hand. That dipped to 10.3 by 1995.

San Antonio boasts the best traffic of any of Texas’ major cities, but gridlock still worsened substantially over that time. From 10 hours in 1990 to 37 hours today, longtime San Antonians are likely noticing a difference in their commutes.

The city’s violent crime rate has held steady and its property crime rate has fallen from a high of 11,864 per 100,000 in 1990, but it is still above other major Texas cities.

Houston’s population boom began in the 1970s, thanks to a number of petroleum companies relocating to the area and a mass of migration from Rust Belt states.

Over the next few decades, suburban Houston continued to thrive.

The Houston-Sugar Land-Baytown metro area more than doubled in population, from 2.8 million in 1980 to an estimated 6.3 million today, making it the fifth largest metro area in the country.

All of that growth spelled troubles for Houston’s highways. Residents are notoriously suspicious of mass transit programs, and the metro area simply expanded outwards.

Already congested in 1985 (residents were wasting an average of 30 hours per year in gridlock), Houston area drivers now spend 51 hours in traffic each year.

Crime also spiked in 1990, but the area has seen a steady decline in years since.

Over-building, unemployment and a slowdown in migration have caused some to label Atlanta as the epicenter of the recent housing crisis.

But that’s where things fell off.

In the meantime, urban Atlanta has been gentrifying. From 2000 to 2009, the three-mile radius surrounding downtown added 9,722 residents aged 25-34 and holding a four year degree, a 62% increase.

That has pushed lower income populations into older suburbs.

Traffic has predictably worsened. Atlantans spent an average of 20 hours in traffic congestion in 1985; they spent 68 in 2005.

Perhaps due to the economic slowdown and a number of other factors, traffic has improved recently. Drivers in Greater Atlanta now waste an average of 50 hours a year in traffic.

Violent crime and property crime peaked in the 1990s, and both have steadily dropped since then.