Average Size of American Homes: Is It Too much?

Average Size of American Homes: Is It Too much? 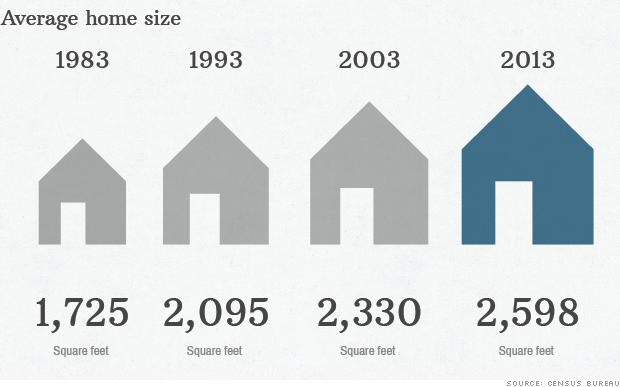 An adage rings true for our current state.

The bigger the better.

Compare that to 30 years ago when the average home was 1,725 square feet.

Those numbers surpass those of the housing-bubble crash a few years ago, according to the Census Bureau.

The rich have gotten richer and they want to show it off.

“If you had a lot of money in the stock market, it has doubled since 2009,” Stephen Melman, director of Economic Services for the National Association of Home Builders, told CNN.

Over that same time, most first-time homebuyers are unable to buy homes.

They have trouble getting a mortgage or are in severe debt because of student loans.

When that happens, the market for smaller homes gets pinched.

That means companies don’t build them.

Per CNN, the market for homes 1,400 square-feet or smaller is at 4 percent of homes built.

As you would imagine, huge homes have become the rage. By huge, that means 4,000 square feet and up.

Those homes accounted for 9 percent of the new homes built last year, compared to 6.6 percent in 2005.

And the days of siblings sharing rooms are over.

So what does this mean?

It means we think highly of ourselves and love big things.

There is no need for homes to be this big.

Those families had kids.

The difference is the importance we place on menial stuff such as the size of homes. 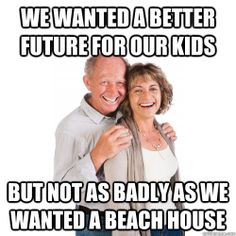 There was a time people were thankful to have a roof over their head and a place to sleep at night.

They were thankful for what they had.

It didn’t matter how big their house was.

What mattered was family.

Unless you can afford a home that big – and based on the numbers above, very few can – you’re out of luck when it comes to owning a home.

You shouldn’t even bother.

There is no doubt our society is in love with big things.

The bigger the better.

It starts with our egos.